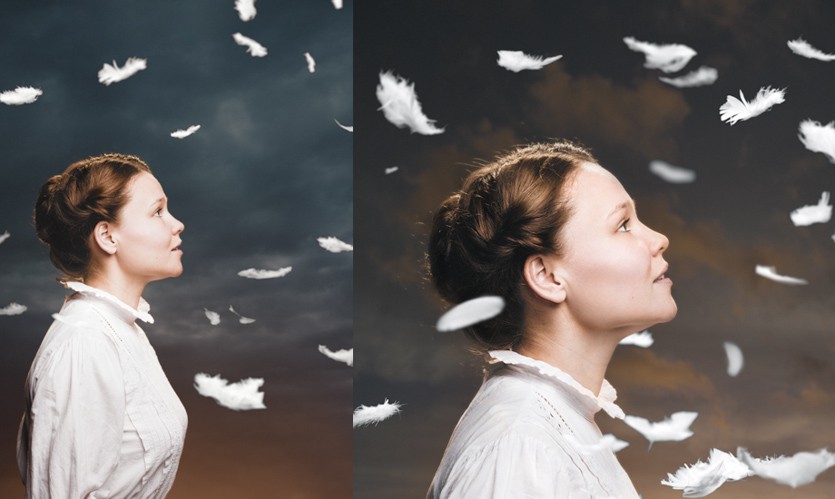 Always take the feather with you

When we sat down to talk about the poster for World War I musical The White Feather (coming to the Union in September), we knew three things.

Well, sometimes photoshoots evolve as they go on.

As star Abigail Matthews looked gamefully morose-but-content-but-triumphant — which, in case it’s not obvious, isn’t the easiest look to pull off — we tried holding a feather in front of her on a wire, having her throw feathers at herself and flinging feathers at her via a wind machine.  But the feathers just wouldn’t go where we needed them and it all risked looking like a comedic farce or — the horror — a little bit arty.

I’m a great believer in doing things practically when you can.  But, when you can’t, there’s always computer magic.

So what we ended up doing was showering feathers from the ceiling and taking what we’d intended — Abigail staring at a single feather — and turning it into a feather flock.

All against the backdrop of two skies from opposite sides of the world: Te Anau in New Zealand and the Pointe du Grouin in Brittany. 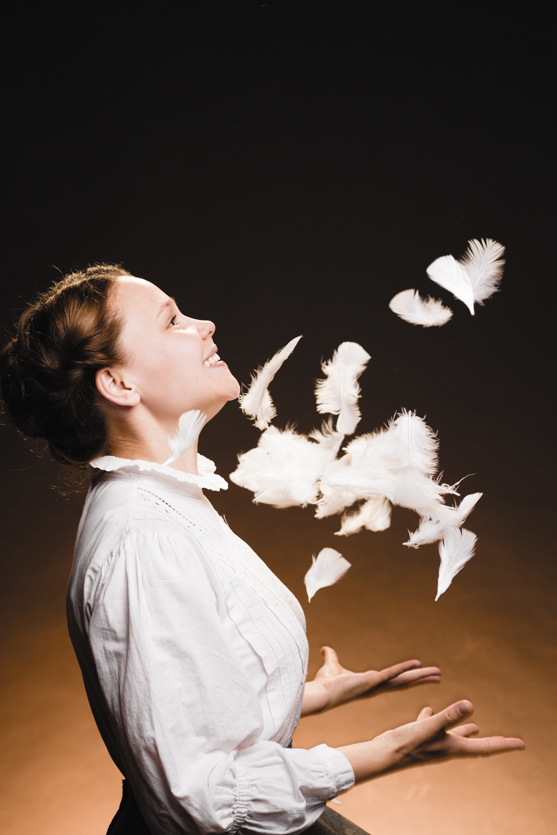 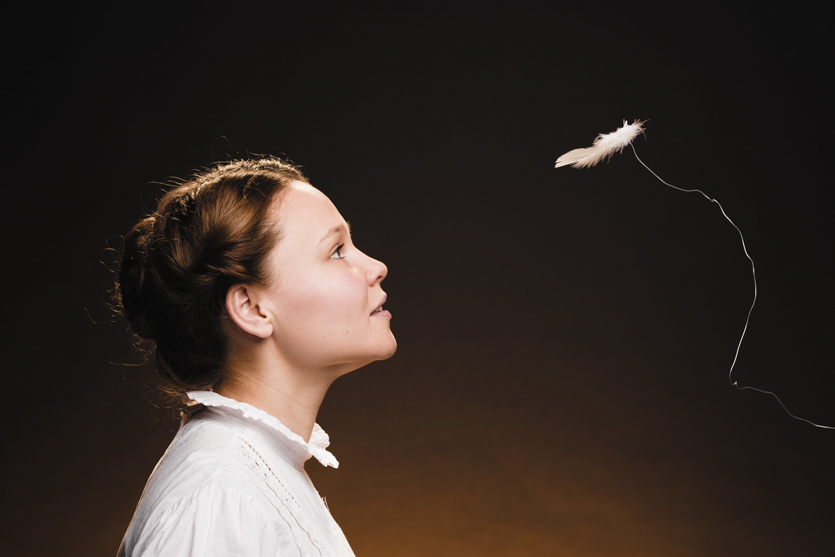 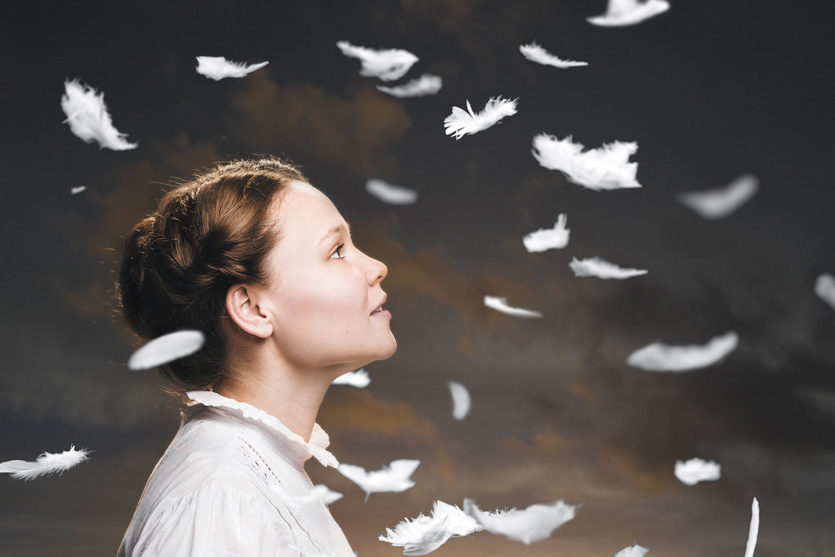 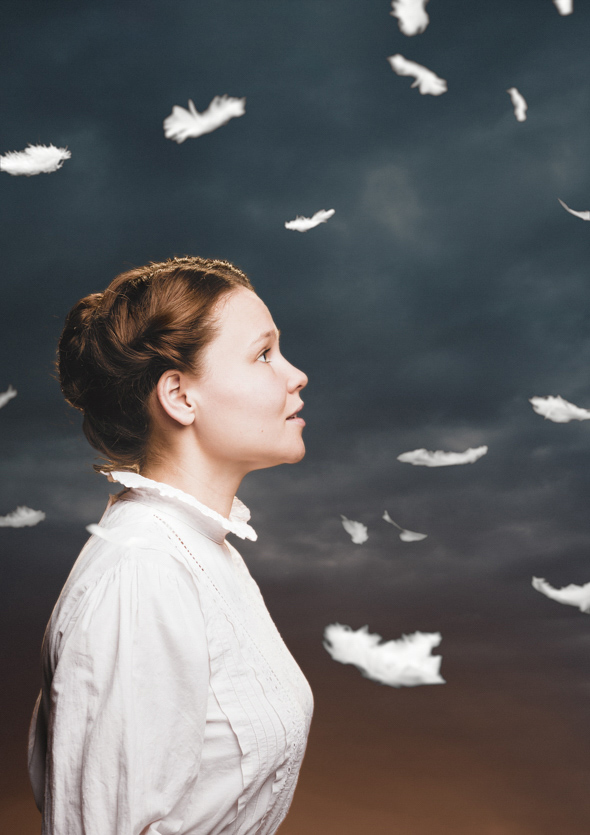