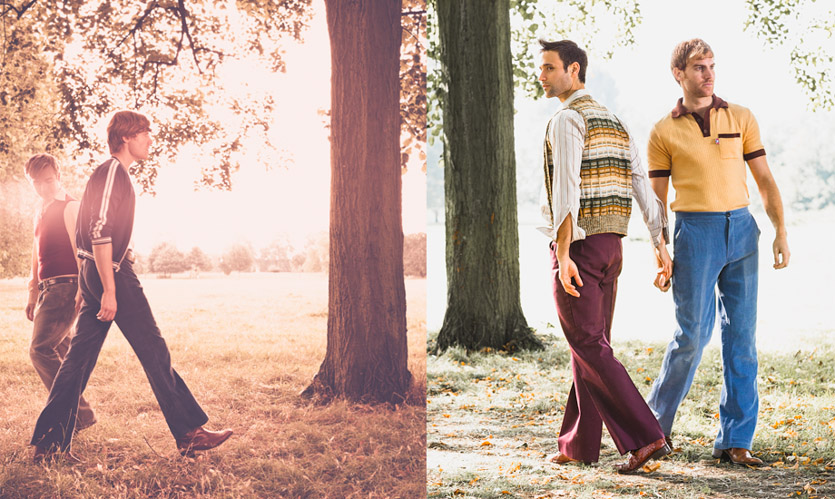 Posted in From the archives, Posters, Publicity stills, Theatre

Some interesting challenges posed by advertising Passing By, Martin Sherman’s play about two men who fall in love which makes a virtue out of treating them as normal human beings rather than theatrical excuses for oh-my-god-they’re-gay-this-is-an-ISSUE angst.

First off, advertising for gay plays tends to be anything but charming.  Traditionally, you stick as many topless buff young things as you can into the frame and make them strut.  This may have no relevance to the plot but, well, it works.

But if you sold Passing By that way, you’d be cheapening the very thing that makes it different.  That it’s not about guys shagging and being gay.  It’s a love story between two fully-rounded individuals who live actual, you know, lives and happen to be gay.

Second, we wanted the imagery to conjure up a retro 70s feeling to match the 70s setting.  But we absolutely didn’t want it to look like we’d just snapped a few shots on an iPhone and pumped it through a filter on instagram.

So the solution we came up with was to shoot outside and give as much of the retro feeling from the shooting technique itself as from jiggling it about in a computer, coupled with some spot-on costuming from Pippa Batt.

Then we came across a third problem.  On the transfer from the Finborough Theatre to the Tristan Bates Theatre, the original cast of Alex Felton and Steven Webb were no longer free.  Actors James Cartwright and Rik Makarem stepped in not, so much, to fill their shoes as to spin the play in an entirely different direction.

So we wanted the transfer advertising to reflect the vibe of the original, while making clear that it stood on its own two feet.  The stills also needed to meet the requirements of shooting for bigger print formats and online advertising.

And how do you do that?

In the first shoot, oranges and reds were the dominant tones and the abiding rule was to trick the lens into behaving like a piece of plastic.  For the transfer, everything was about the greens and shooting sharp as a razor. Different, but just enough of the same. 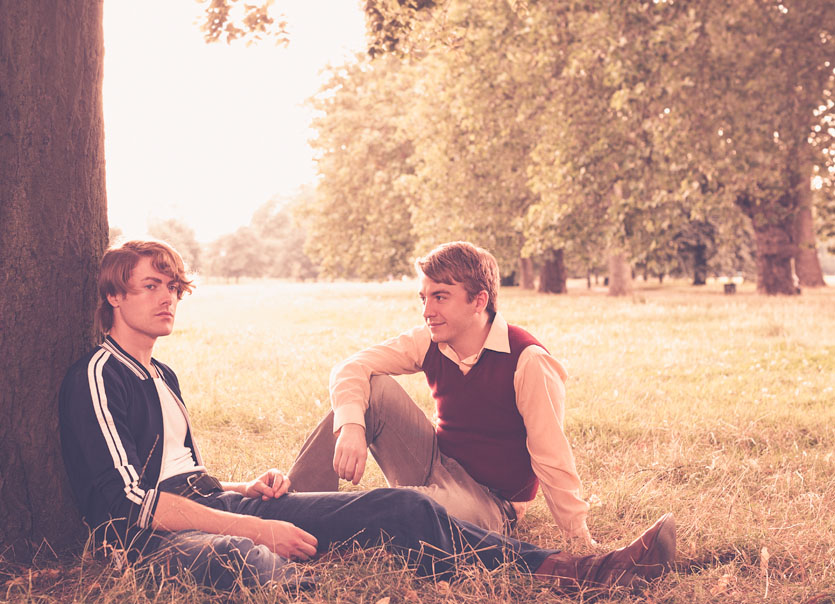 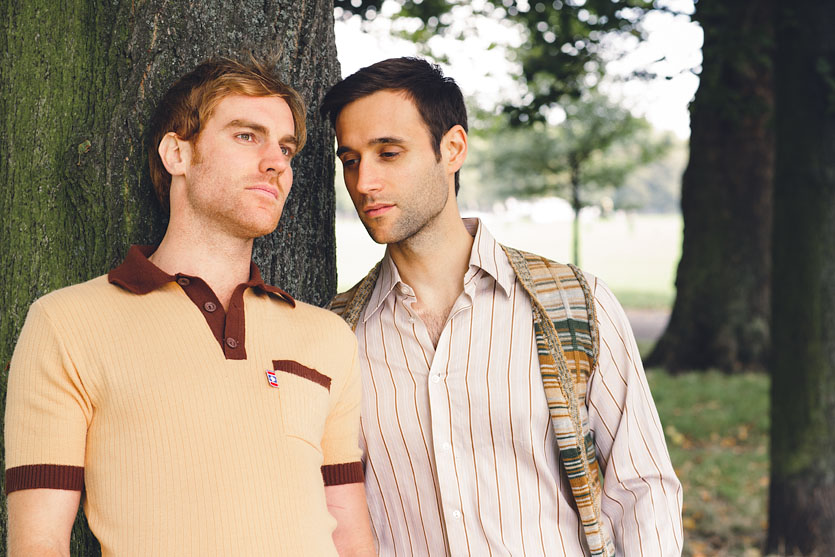 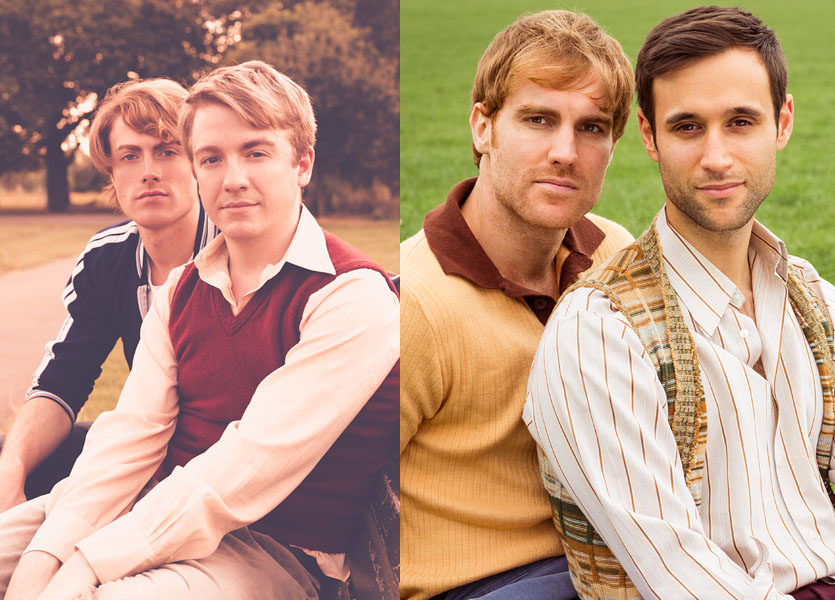